An Invaluable Lesson My Father Taught Me

An Invaluable Lesson My Father Taught Me 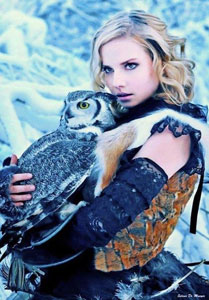 When I was in kindergarten, my father told me: “If someone tries to hurt you, grab the heaviest object around and hit them over the head.” Now, that’s quite an unusual advice to give to your little girl.

I remember protesting and saying “What if I kill them?” He said “You worry about that later, if someone endangers you – you protect yourself!” “But I am a girl!” I gasped. “Exactly, and you need to be able to stand up for yourself.”

As harsh and unusual as this advice was, it served me tremendously throughout life.

In fact, I remember clearly two instances when I had to apply it. The first time I was a new student in school and was waiting in front of a classroom while reading a textbook.

A bully from another cohort was walking by, saw me, and pushed the textbook out of my hands. I picked it up and hit him over the head with it. He was so stunned with my response that he mumbled something to himself and went away.

Another time, in a different school (I changed schools 5 times), another bully was trying to push me off of the filing cabinet I was sitting on. When he applied physical force, I badly scratched his face. He hit me in response, but not too bad and I didn’t even bruise. And my message was written all over his face for the next couple of weeks.

Both times standing up for myself earned me tremendous respect from my peers, including the very bullies that tried to trouble me.

When I grew up to be a woman, it helped me not to take sh**t from anyone including people I love and deeply care about.

Women and men allow for physical or emotional abuse, rape, or discouragement because of fear.

VALUING SAFETY AND SECURITY OVER FREEDOM AND PERSONAL DIGNITY, IS THE ULTIMATE SELF-BETRAYAL.

Physical damage or even death is nothing compared to the loss of personal integrity.

Stating the truth in your heart, holding your ground, and declaring who you are with every word, deed, or response is the way of honor.

Would you teach your child to protect themselves as bluntly as my dad did? Please share your thoughts.

About the Author: Dr. Sky Blossoms

Dr. Sky Blossoms: Award-Winning #1 Bestselling Author and Intuitive Coach With a background in the medical field and nearly two decades of studying psychology and human behaviour, Dr. Sky guides high-performers to resolve relationship and career crisis through Soul alignment and mindset shift. Born with uncanny Intuitive talent, she helps you uncover the root cause of your challenges and achieve measurable results in record time. If you are in a nerve-wracking situation, Dr. Sky is your 911 contact to get back to better—fast! Dr. Sky is an international speaker and a frequent media guest. She has been featured on CBS Radio, Boston Business Journal, Fox News, Bloomberg Business week, and ABC among others.